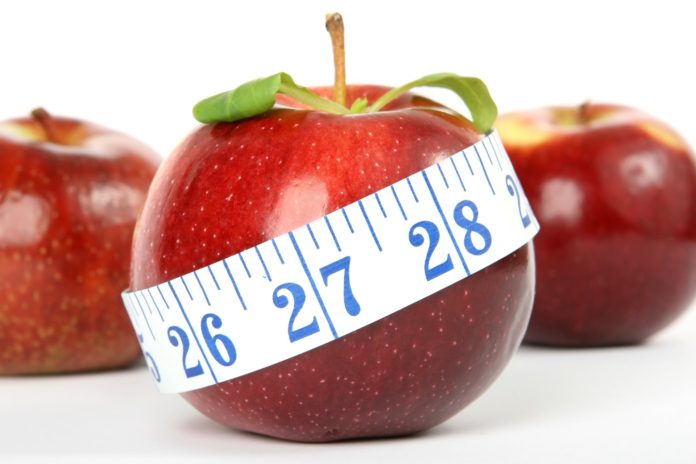 Now I’ve been doing WinFit for 4 weeks and I had another visit with my dietitian again. That was not exactly what I had hoped for. I’m tempted to skip this update, but I think it is important that all kinds of stories are told. All people are different, and other people might enjoy reading about my experience.

Week after week I have read success stories from others who are testing WinFit. I have seen the photos that people have taken before and through the weeks. I am impressed and really happy on their behalf. We are talking about people, as I know, and therefore it’s not just fictional advertisers who tell stories. So it has made a lot of impression.

It is part of the LifeWave network that we tell each other about our experiences and success, but also that we ask for help. It is easy to get help as there are many experienced users and many therapists of various types as well as medical and nutritionists. In connection with the WinFit program, there are also webinars with LifeWave CEO and inventor David Schmidt, where it is possible to ask questions. So it’s nothing to put me down and despair – enter one of the groups and write a little prayer for help.

But let’s just start off with the first four weeks. In fact, I should start off even before that and tell you a little bit about what my life actually looks like.

I have always been interested in diet and exercise. When I got rheumatoid arthritis exercise became a challenge, and the food therefore even more important to me. In my previous blogs you can read both my arthritis and how to run again. I have been following various dietary recommendations throughout the course of time, which is natural because we humans also change our way of living on a regular basis. Over the years, I have made an effort to cook from the bottom with lots of green and minimal fat. I have replaced the fast carbohydrates with the slow-all without being totally fanatic as it does not fit into my other values.

Throughout the last 4-5 years my body and I have had a good relationship with each other. We have concluded peace and agree on the weight that suits me and how I can exercise and feel good. My BMI is in the normal area, but in the upper part.

What is the reason that I want to try WinFit?

A year ago my one heel began to tease. I dumbed and did not listen to my body. I continued my rides, which I was really happy to be able to do again. In addition, I discovered that my body changed. It may be the weight showed the same, but the distribution changed. I got softer and especially on my stomach. Several of my peer friends say they have the exact same experience. We may recognize that we are no longer late teenagers with high incineration.

In the spring the heel became worse and worse, but I would simply complete a race that I had signed up with my daughter. Normally it hurt only the first kilometer, then I forgot it. But this time it hurt all the way. The next day I could barely go. I paused and thought, “It will be soon enough”. Unfortunately, it has not happened yet, although I’m significantly better.

Meanwhile, the body has become more and more soft. I do not like it in any way. There is, of course, both vanity inside, but also the importance of having a strong body – and then the psychic of running out of the day’s workload.

Happy to start with the WinFit

Then came the WinFit – Body Shaping System. It was about time. i thought it was great because it’s designed to allow even overweight people to participate without extreme exercise. You live with regular healthy food and reasonable exercise. It was just at the right leg.

Sunday, September 25th was my first day with the WinFit concept and an eight-hour dinner window. It went easy for me, as I’m lucky I do not need food when I wake up. I chose to start the day’s meal at 11.00. This means that the last meal is eaten before 19.00. Then I can eat with my family tonight. I think it was easy and I quickly felt a lot of energy.

The first week fled without challenges to stay within the 8 hour dining window. My training consisted of 2×15 min, following the videos included in the WinFit package. On Saturday we celebrated my mother’s birthday and even though I had my dining period, I drank a few glasses of wine and enjoyed some dessert.

It was an easy debut. My second week started with a loud mood. The energy dropped around me and I had a lot of good things. Again, it was easy to adhere to it all.

Week three started, and here I knew I would “sin” some of the days. I had to go to the cottage for a few days, and some wine and chocolate smoked, but not unimpeded. Another good thing is that there is no need for sweet stuff.

Then it became week four. I felt that something happened to the body. But not just that it felt tighter. I could feel that I had another strength when I practiced the 2×15 min. in a week. It was now pretty good to notice. With WinFit, it’s best to work out in the morning and it’s really not my body. But the grip of the fight over the force I decided to get up and train every morning from mid-week four and one week ahead. Just to try it. I did it and with pleasure. It only takes 15 minutes, and since I do not have to eat, I did not have time in the morning. Afterwards I was so ready to attack the day.

Now the visit came with a dietitian. My weight had gone 2kg. up. Pokkers, but it’s no worse either. Worse was that out of the 2 kg. They were 600 grams of fat and the 500 grams sat on the stomach. The good thing was that I had increased the muscle mass by 600 grams and lost 2 cm in the waist.

Hmm. So then what? Help! Who has success with WinFit?

Do not give up, Mai-Britt. I rode home and wrote a prayer for help. It did not take long before there were more tips, including From René Junge Pedersen, who has already experienced great results already with WinFit, despite being thin-minded – read his own post here.

I described my diet over such a standard day and then the answers came. Several reported back: “You’re missing fat!” “You need calories” … hey, there was a bell that rang. At LifeWave’s event in Copenhagen in September, where WinFit was launched, David Schmidt told how some had to increase their intake of calories to lose weight. If you do not get enough, the body thinks it’s affected by disaster. The body stores everything it can on the reserves.

Another important part of the WinFit program is to drink one hour before bed Theta One – the first month of double dose. LifeWave normally recommends drinking it in the morning on an empty stomach, but as the biggest growth hormone production occurs 90 minutes. In sleep, compared to WinFit, it makes much more sense to take Theta One in the evening.

Theta One is what a few years ago helped me with gout pain and which I regularly drink to boost the immune system. The other times I’ve been drinking it, I have also noticed that the stomach fat has increased, but I have not been so worried when I saw so many other positive effects.

I had also read that others had the same challenge, and my blog colleague Steen Leithoff has previously explained how some can not convert L’arginin (growth hormone), which is in Theta One. Instead, blood sugar and fat increase. One way to support the turnover of L’arginin is to eat Alpha Lipioc Acid (ALA). ALA is a natural fatty acid and powerful antioxidant that protects against free radicals. Another advantage is, among other things, That ALA increases the absorption of glucose and reduces the storage of fat.

I have now chosen to change slightly in relation to the recommended from LifeWave. I take the regular dose of Theta One, and then I take it in the morning so that the lactic acid my body forms during the training can help to transform L’argininen. If that’s not enough then I’ll try to ALA supplements.

Here at the time of writing, where fifth week has passed, I am in full swing to change the food, but just the easy way. A good splash of oil over the salad, a spicy coconut oil stirred in my tea or coffee (both without caffeine), almonds and avocado on the lunch menu along with tuna, chicken and the like. Just like the evening meal, a little more calories in itself.
So I’m full of optimism here where I’m just working on my new WinFit package.

We are “seen” after the next measurement in mid December.

LifeWave does it again!

I’m in love with chia!