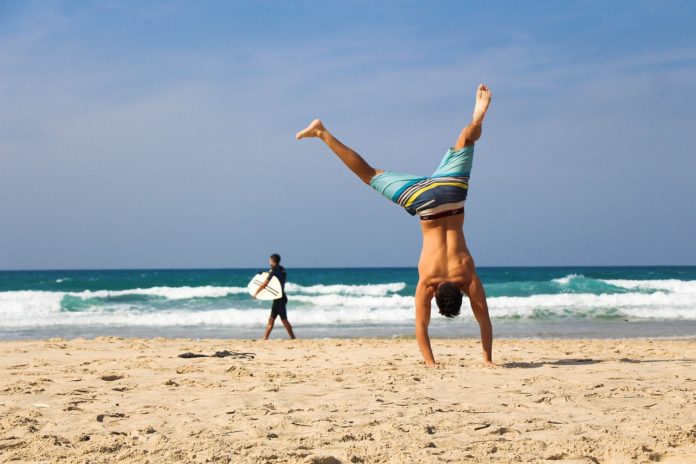 Before I learned about LifeWave, I have to admit that my knowledge about the body’s bioelectric energies, meridian paths, and light frequencies was basically non-existant

At that time I had worked for five years at a factory that produced ECG electrodes, which read the heart’s electrical impulses, but never really thought that in addition to the biochemical system we also have a bioelectric.

Only after seeing what LifeWave’s energy plaster can make for most (hydrated) people’s balance, agility and strength in a very short period of time, it first came to my mind.

Therefore, I would like to tell you a couple of experiences that made me realize that our energies in the body can be increased by two small patches (containing amino acid, air and water). Patches that use the infrared heat of the body to reflect light back to the body and thus strengthens us, see absolutely no chemistry that penetrates the body, among other things, can strengthen the body’s energies, increase antioxidants and sleep hormone melatonin.

Test of Energy Enhancer for athletes

In my previous blog post, I wrote about the bodybuilder Birger Hejlsborg’s great WinFit results. I meet Birger Hejlsborg for the first time at a party with some friends – and as always I have my patches on me. Birger sees that I help a companion with shoulder pain. Shortly after, he asks me, “Can they be used for people who do not feel bad – so can they be used to exercise?”

I explain that LifeWave has many different patches and that the first patches were actually developed to provide better energy, agility and endurance. Of course, I am also asking if he is interested in trying a small test with Energy Enhancer so that he can feel the effect on his own body.

He would like that very much. One of the tests I like most to do with people is an agility test that takes place like this:

I can not do this test with Birger, because he is very smooth and therefore can easily reach the floor with a flat hand.

Bodybuilder (almost) does the split after 30 minutes

I ask him instead, if there are any places he does not feel so smooth? “I’ve always wanted to be wasted,” he answers. “Well, let’s try it,” I say.

Birger stretches out and warms up and then shows me how far he can reach the split. I put the patches on his feet with tape and ask him to do it again. This time he comes 10 centimeters further down: “It’s not crazy here. I do not feel it pulls as much as before, and I’ll come further down. ”

He is very impressed (I am actually too), and Birger is also a little doubtful if it is his extent that might make the difference, so we agree to let the patches sit about 30 minutes to see how far he can come down then – without in any way stretching out in the meantime.

After half an hour, Birger has to go to the floor again. We are looking excitedly. Birger is now about 30 centimeters further down the floor than before, and now he is only just 5-10 centimeters from the floor with the crotch. He is totally surprised: “Even my balance and strength are also much better,” he says, while balancing his entire bodybuilder weight on an arm and no feet on the ground.

I am speechless. Great to see such a sportsman like Birger, who knows his limitations, immediately respond so positively to the effect the patches have on our energies in the body.

Just over two years ago when I visit Denmark, I will help my childhood friend Pernille with back and neck pain. She has his girlfriend Mikkel with. He is very skeptical, and as I have relieved Pernille’s upper neck pain, I can look at him that he is 100 percent sure that it is the placebo effect that causes the relief.

So I ask him if he can reach the floor when he is standing with his legs and folds down? “No, I absolutely can not,” he replies, adding: “I have had a football injury in my back since I was around 14 years old. It means I can only bend me down a bit”.

He can only reach down to his knees. It is very exciting. I beg him to bend a few more times so he is absolutely sure how far he can reach. It is also to ensure he is warmed up in the body.

I now put the patches on his feet, and before it’s been a minute, I pray him to bounce down again. This time he walks well over his knees. Both Mikkel and Pernille are both very surprised by it, but I still think we will see what will happen if he has them for a little longer so I put them on tape (so they do not fall off) Mikkel Gets back and about 20 minutes later, when I helped Pernille to almost 90 percent painless both in the neck and shoulders, I wonder if we should try to see how far he can now come down.

To every surprise he can suddenly hit the ground – without feeling in any way congested. It’s my last set of Energy Enhancer, so I take it from him when they go home. The following day, however, he still can bend down – it is still decreasing.

I am sure he has experienced some imbalances or blockages in Mikkel’s energy flow in the body when he was injured. The plasters have helped to strengthen that energy, thus creating a balance in the body, which he has not had before. How all this is related, I will try to explain as well, as I have now found out, in another blog post. There I will also see if I can not make some videos with slightly different people being tested. 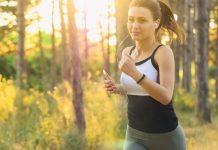