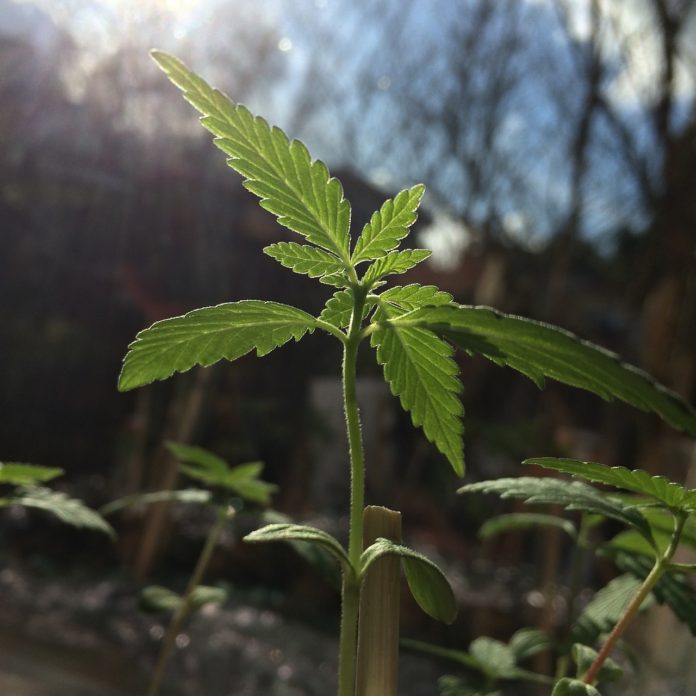 Many celebrities have been candid in the media about their use of cannabis when it comes to various disorders. Many of these statements have been about cancer. Many tell how they have been helped by the relatively unknown cannabis plant. Well-known people have chosen to help spread the knowledge of the ‘miracle plant’.

Imagine if this plant was discovered tomorrow on a mountain peak in some exotic rainforest area or perhaps on a slope on Machu Picchu in Peru? Yes, it would happen that it would be voted a new miracle plant with a wealth of amazing qualities.

As you know, a rose has many names. There are so many terms and names for this plant, but I’l try to explain a little.

When it comes to cannabis, two main strains are mentioned, namely cannabis sativa and cannabis indica. As time passes, these two types are melted a little together and have formed what is called cannabis hybrids. It has thus been used consciously in search of promoting certain characteristics. Thus, one can now talk about a type, called industrial hemp (cannabis). More about it in a future post.

Miracles do happen. When you first get acquainted with cannabis and the medical miracles that the plant can prove to be true, it is quite natural to ask how a single plant can pattern this wealth of health-promoting changes.

The answer is disturbing easily and yet monster complicated. In order to get into the depths of cannabis’s unique medical properties, we have to look into the human body. On this trip, we will encounter an “unknown” concept or system which, as yet, is not or only sparsely taught at the established educational institutions that are involved in anatomy and physiology. This system is called the “Endo-cannabinoid system”. (ECS) (In English Endocannabinoid System). See, if any, this short YouTube video that shows it and explain it smashes well.

The fact is that our body is equipped with a system that contains receptors we usually know in connection with neurotransmitters and signal substances. These receptors are called CB1 and CB2. The names are natural choices because of the substances that are precisely responsible for these receptors. The substances are called “cannabinoids”. The exciting thing about this system is that this system helps to maintain balance in the different functions of the body and not least in the cells. Hence the word “homeostasis”. Thus, these cannabinoids are therefore crucial to our well-being.

The name “endo” means that it is substances that the body itself produces. Generally speaking, these are extremely important components of our immune system! It is thus a system that is as old as the “creation” of man. For good reason, I should like to emphasize that it also applies to the animals.

These functions, like everyone else in the body, are sensitive to the load of environmentally bad or polluting substances. These foreign substances – whether it is herbicides, colorants, air pollution or other foreign elements – interfere with the body’s delicate balance. Thus, it covers a number of enzymatic processes, including prostaglandin synthesis, which is responsible for the reaction and the formation of activated fatty acid. These we know under names and omega 3 and 6 fatty acids a la EPA, DHA or GLA to name a few.

On the long run, these loads can extend beyond the CB1 and CB2 receptors, which on the one hand “lose” their ability to attract endocannabinoids. On the other hand, it also affects the formation of these.

There is assistance from the plant world, as there are a group of similar substances called phyto cannabinoids. The first kind was isolated from the cannabis plant. It was named “delta-9 tetrahydrocannabinol. It is this substance, which is the primary euphoric component of the cannabis plant. Immediately after, one found CBD, which most now connect with CBD oil, which can be purchased from different locations. In addition, cannabis contains a host of exciting components including other cannabinoids, but also flavanoids and terpenes.

To take the last group first, the terpenes are a large and varied group of naturally occurring carbon compounds, which are produced in many plants, especially in conifers. These are the main constituents of the essential oils of plants and flowers. Businesses also use essential oils as flavors in foods, fragrances in perfumes, as well as in traditional and alternative medicine.

We also find a variety of bio flavanoids. These are a group of plant nutrients that give us some of the dazzling colors that nature’s fruits and berries have. For example, blue in blueberries, red in roses, the black-blue colors in blackberry, shrubs and aronia. These are typical ones that we associate with antioxidants.

In a later post I will deeper into the interesting world of these components.

Today, more than 400 of these phyto cannabinoids have been identified. The excitement is that these can wake up the body’s own CB1 and CB2 receptors so that they can “record” or enjoy the “gun” from the outside.

Not enough. It is also so that after the intake of these phyto cs, the body actually begins to produce its own “endo” cs.

It’s just amazing. The exciting thing is that, contrary to the usual “medicine” we know from big pharmaceuticals, we boost the body’s own ability so that we can take over and increase some of our own internal such substances. The classic conflict also applies here. Namely, the drug industry’s “devastating” fragmentation philosophy is being trumped through again.

A very important factor in this context is that all trials indicate that the more fragile substances from the cannabis plant, the more dangerous or worse it is. Nature works best when all players are on the pitch at the same time. In this context, one talks about what is called the Entourage effect.

The problem here is that “BIG PHARMA” has an interest in selling “their” patented substances, which is “synthetic”.

Therefore, when we in the media experience a greater awareness of cannabis, it is because the truth has now come forth “again”. Namely, the cannabis plant can solve a lot of the symptoms, challenges or disorders that humanity is challenged by nowadays.

When I write again – it is because these “miracle substances” were a constituent of the “physician” drug case in the period before 1937. There were different tinctures and creams that were included as part of the treatment. In 1937 one of the greatest “manipulations” was carried out in that area. That was what was now known as “the marijuana tax act”.

The matter was that the pharmaceutical industry was at the time developing into the “mastodont” we know today. It was therefore a major threat to industry earnings if they could not control the market. The fact that the “people” have free access to this plant would not mean any earnings to “BIG PHARMA”.

Cannabis can relieve a number of symptoms

Symptoms ‘decrease’ and in many cases cancer has been reduced, if not exactly cured. Here are some nerds expressed in terms of symptoms that cannabis use can alleviate, remedy and in some cases “apparently” cure. Here I come with an extract of “medical” functions in relation to, for example, cancer, as these cannabinoids have.