In the days leading up to New Year 2018, I came across a post in a Facebook dog group. The post was about the poor little dogs that spend all of New Year’s Eve shaking and afraid – both the days before and after the actual night.

I wrote a comment in the post and recommended they try using LifeWave patches, which can help the dogs feel a sense of calm and stress relief. A lot of people responded wanting to try out the patches. As several people wrote to me just before New Year’s Eve, I also had to refer to other distributors so that everyone could get their patches. I really tried to make sure that all of them would have their patches before New Year’s Eve.

Now New Year’s Eve is over, but the question now is whether or not the patches had any effect on the dogs that tried them out.

About 8-9 out of 10 got back to me and said their dogs had a wonderfully quiet New Year’s Eve. I think that some of them who didn’t experience ideal results only bought two patches and didn’t get the patches early enough before New Year, so the dog might have already had time to get all winded up.

3 tips for using the patches

So this is my advice:

The patches costs usually about 25 kr, so the price is between 150 kr and 300 kr and will help make sure your pet can find their peace. You can probably save some ammunition there.

Here is some of the feedback I got:

“Happy New Year! Thank you so much – it has been a pleasure being a dog owner tonight.
Such a calm little guy”

“It worked right away on my big sister’s dog and she went from shaking to actually wagging her tail and being happy, and my father’s dog didn’t shake this year – so it worked 🙂 Definitely something I’ll buy again next year! It seemed to work a bit on MY dog, but I think I’ll place it on his head next time. I was recommended the neck but his hair is so curly there, but we’ll try with the head right away next year since it worked 🙂 ” 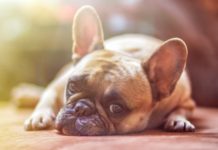 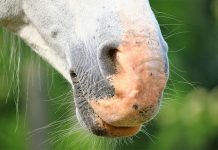 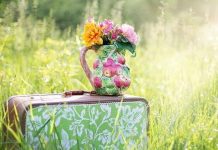 How to have a happy dog on New Years Eve

AcuLife – well-being for your horse