My wife Lotte developed pelvic girdle pain in the spring of 2011 when she was expecting our son. Lotte works as speech therapist on various schools and institutions throughout the Aalborg area. It means she has to get in and out the car many times a day, at it means she is sitting down many hours a day. All of it, movements and positions that makes pelvic girdle pain worse.

Lotte is very happy with her work, and would prefer to not have to take sickleave. But the pain never really disappeared after the first pregnancy, and it grew into a bigger and bigger hindrance for her ability to work.

Two years ago, she gave birth to our daughter. A new pregnancy was hard for her pelvic girdle and made the situation even worse. She now had chronic pains, and was unable to do gardening, powerwalks, or normal walks.

Using patches from LifeWave, we were able to keep the pains under control. We did this with the unique health patch Y-Age Aeon on GV14, the pain relief patch IceWave on B30 (or V.) and Y-Age Carnosine on GV2.

On February the 8th, 2014, LifeWave launched the new health system Corsentials with Theta One, Theta Activate, and Y-Age Aeon at a Kick-Off in Copenhagen. We were there. My first impression was unadulterated enthusiasm. I was very interested in the new health system and thought that we had to try it out. This had to be just what we needed.

Corsentials was quickly ordered and tested. And what an experience it was to me: I lost 7 kg in just a month. I was elated by that result. Unfortunately, Lotte did not experience the same awakening. She had no visible or noticeable effect after the initial 30 days, but no ill effects either. Her mood had improved. She felt more happy, but the rush I had experienced did not materialise. Spring and summer went by. The pelvic girdle pains was at times very present and disabling – and it hurt to see her in so much pain. We were both running on low.

In August 2014, it was too hard for me to do nothing while Lotte was in pain. I suggested she tried out Corsentials for a period of no less than 60 days. There had to be something that could do more than just keep the pains under control.

After about 40 days, she said: Have you noticed you no longer have to patch me at night, in order for me to get out of bed in the morning? YES, dammit! I had very much noticed that!

Today, the pelvic girdle pains are almost all gone. Lotte is able to once again do her work – without being constantly in pain. We do not need to patch at nighe. She is able to do gardening and take long walks. It is a huge transformation.

Since then, Lotte has several times utilised the 5-day detox protocol in the TeamNet product guidelines.

We now drink Corsentials almost every morning – especially these latest two weeks, where we have drunk Corsentials EVERY day, she has improved markedly. Lotte’s pelvic girdle pains are at its lowest since the spring of 2011. I have a completely new Lotte. A happy and smiling mother of two gorgeous children – also in the afternoon after work! 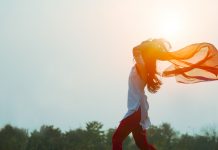 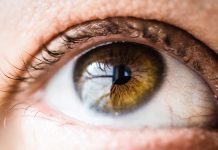 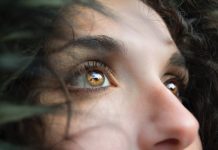