The day arrived where my first supply was delivered – my very first LifeWave purchase. I had chosen the largest package with all seven kinds of patches (17 packets all up counting Energy Enhancer, SP6 Complete, Silent Nights, IceWave, the Y-age series Aeon, Carnosine, and Glutathione) and with the supplements Corsentials (a whole five boxes). It seemed like Christmas morning. There I was, colourful packages all over the table, laughing to myself, and looked forward to get going. Where was I to begin?

Week 1: Plenty of energy in the evening

I decided to begin by opening a box of Corsentials. The only thing I needed to do the coming 30 days, was to begin the day by filling a pint of water in a bottle, add 23 drops of the special activator and then a packet of Theta One powder  – shake, shake, and downing a liquid that tasted like yellow juice.

In the box was also a packet of Y-age Aeon patches, and one of those should be placed at the back of the neck every morning.

So even though I was experiencing a very busy period both at home and at work, I thought I was easily able to deal with that. Corsentials was to decrease stress, boost the immune system, increase muscle mass, strengthen hair/nails, connective tissue, and more in 30 days. It was just what I needed.

The idea was to take a few notes every day, so that after 30 days I was able to remember the development – and then again, I know myself well enough to know that that might not happen as per the plan. I pulled out my camera and took a nice photo of worry-furrow above the bridge of my nose.

After the first week, I skimmed my notes, and noticed that the time I went to bed had been pushed back to later in the evening, and that the hours close to bedtime were no longer a fight against sleepiness. I used to struggle keeping my eyes open from about 8 pm, and certainly not in the mood for much. Now, it was a pleasure being able to enjoy my teenagers and read more about what the LifeWave patches could do.

Week 2: Hooray … take a look at my nails

During week 2, someone commented on my great-looking nails. I was a bit surprised, becausemy nails split and fray by merely looking at them, when they hit the computer’s keys, hit a table and such things, and when I prepare the horse for a ride. I took a look at them myself and was quite surprised – there I was with greatest-looking nails. I tapped them on the table and had to realise that they were hard as steel. Sweet! Home to my daughter to proudly show them off (she always has great looking nails), and then I was manicured with pretty nail polish.

Week 3 arrived and I was brimming with energy. Sabina, who introduced me to the patches from LifeWave held a briefing about what the patches can be used for. I went to the meeting with the box of patches under my arm. It was really great to be there and hear other people’s stories – I was mostly just listening that day. Wow, these small patches can help with a lot of things – and how lucky are those people who know so much about the body as Sabina, so they can help the rest of us, I thought to myself.

And then came what was just about too much for me (I mean, that I for the first time in this journey was actually tested): In my sofa my mother was sitting and had much difficulties getting up. Two new knees and a back so worn-down that the lower vertebrae grinds against each other when she does any movement such as getting up from sitting.

I asked if I could try patching her. She is always ready to try new things, and of course she had heard how it had helped my daughter.

First up, we placed a Y-age Aeon on the back of her neck. I had already learned that this patch reduces stress and inflammation in the body, and then we whipped out the IceWave pain relief patch and the little pamphlet that was with it. I followed the manual when I applied the patches, and she sat down again and was served a big glass of water.

After a short while, she was to show me something in a magazine, and she gets up to get the magazine. I said nothing but merely observed. She sat back down again, and then got up a short while after. When she came back, I just looked at here – and then she stopped mid-living-room:

Following this she got in and out of the sofa a few times and the stairs was conquered too. We laughed and affirmed each other that this was the craziest hocus pocus. It is simple – and anyone can do it.d af det.

Week 4: What the camera revealed about the LifeWave products During the fourth week, I decided that more people needed to get to know about this. How easy can it be?

I got hold of Sabina and asked if she could help me if I gathered a group of people. She was game, so I began when and where, so all could gain this fantastic knowledge about LifeWave’s fascinating products.

This week was also the week where my last Corsentials powder was shaken. The camera was retrieved again. Wow! That was insane. I could not remember at all how the furrom looked 30 days previously – but the camera could – I must say. I smiled to myself and thought that this – this just feels immensely good (compare the photo yourself).

Oh, and I completely forgot to eat all the pain relief pills I usually do. What a great side effect! Is it really that simple with life? 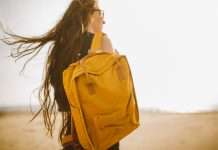 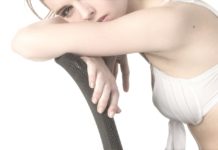 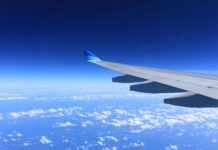 Great looking nails and hands? Watch what Alavida can do

While we wait for the light