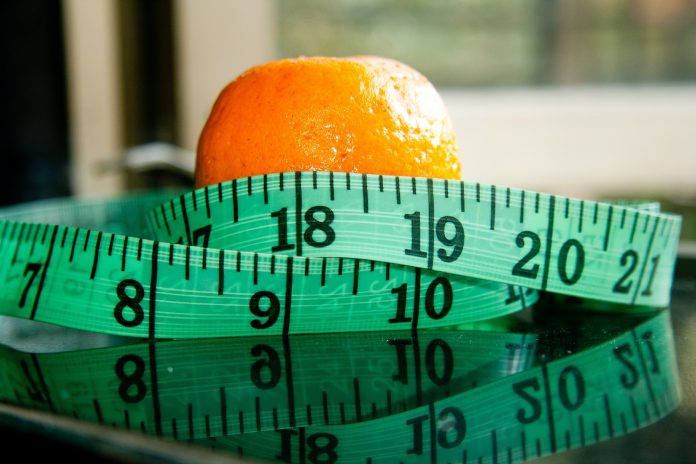 Another unique concept from LifeWave has emerged during their biggest event ever. With over 1,400 enthusiastic participants highlighting this year’s event, all previous attendance records were broken. It happened at the launch of the new product WinFit – a brand new fat loss concept.

Over the past decades we have been presented with a number of cures, diets or diet systems that have promised everything – without being able to deliver. WinFit is not a “diet”. It is also not a body-building concept. WinFit works by fundamentally changing the relationship between your body fat and muscle mass.

WinFit is also completely different from everything we have sen before when it comes to toning the body, dieting, weight loss, or whatever else we call it. Instead, it’s when it comes to weight-loss or muscle building.

WinFit from LifeWave has been created from a basic understanding of the body’s processes that control or manage our balance of fat and muscle. The uniqueness of WinFit is that it doesn’t agree with the ancient and modern methods of reducing your calorie intake and burning calories. It’s not about the extreme exercise, being on a strict diet, etc. in order to get a more toned body. It is about creating balance in your body.

The fact is that when we consume less calories, we’ll have less energy. This means that there is less nutrition to the tissues of the body, which requires energy. These tissues are described as metabolic active tissue. In short, the message is that you should NOT be on strict diets to build muscle. That’s why we initially lose weight when dieting and using bikini-ready systems. But many of us rather have a loss of fluids and muscle mass than a real fat reduction.

Another important factor that distinguishes WinFit from other systems is that you have to eat food within a window of eight hours. This means that if you want to eat breakfast at. 11, you should eat dinner later at 19.00 – with dinner and snacks in between. What you eat isn’t as important as when you eat it. In practice this means something as scary as a 16-hour break where you do not eat. But don’t panic, you sleep well about half of the time.

The reason behind this time window is that our system increases insulin sensitivity in this way. Insulin is used to transport energy in the form of sugar into the cells. When cells become insensitive to insulin it’s called insulin resistance. That means so that the quantity of sugar that we do not get from the cells are packed together and “archived” as fat. An important factor for David Schmidt when it comes to the development of WinFit it should be fun to achieve a toned and beautiful body. He notes that people will quit if things are too “hard” and “depriving”.

The several hours of training in the gym every week that many diets require is virtually impossible for most people. It is time consuming and requires a huge amount of self-discipline. Although some have had good success in training, it’s really hard to incorporate new habits for the majority of people. So they’ll put the weight back on, or even gain more. Going on a diet can for a lot of people also be a “loss” of quality of life.

Personally, I have repeatedly signed up gyms and paid for a longer period due to a “bold” discount. I also remember that I almost never worked out due to “boredom” and “things” that suddenly got in the way.

That’s why it was important for David Schmidt to develop a system that could work with the least possible effort, but who was also long-lasting results with a nicer, more toned body without so much fat.

It seems to be successful, since the exercise-related part of WinFit can be squeezed down to a 4-minute targeted workouts a day or 2 x15 minute workouts a week (short warm-up included).

In the Western world, the number of overweight and obese people is dramatically increasing, even among children. Therefore, we desperately need something that works RIGHT NOW. At the same time science has become more and more aware of the link between high fat percentages and a number of diseases, such as diabetes, cardiovascular disease and cancer. So, WinFit has really come along at the right time.

David Schmidt also concludes that people with weight issues do not have problems with fat, but with their metabolism. Long term, that results in high percentage of fat, which in turn means an increased risk for developing of a number of lifestyle diseases like diabetes, heart problems or, at worst, cancer.

On a more personal front, I’ve ordered my set and I’m not waiting to embark on this wonderful journey. Using the products won’t be the issue once I start. It’ll be not eating cake, chocolate and other sinful things that I often eat before going to bed.

I’m off to town to buy a scale and measuring tape. I would like to be able to document my personal results when the time comes.

I’ll in a future post go into more detail about the products in the WinFit system itself. But I can briefly tell you that it consists of a Theta Nutrition product called Theta One. It also consists of a metabolism booster called Activator. These products are combined with two types of LifeWave patches called Carnosine and WinFit.

Summer cure! Take a look at your diet and sneak in...