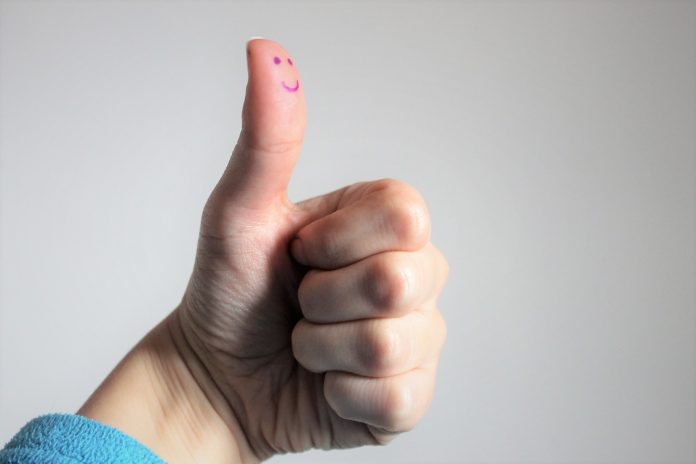 I have had arthritis in my thumb joint for as long as I can remember. It’s more or less there all the time. My grandmother had it and my mother has it, so I think it’s something that’s been passed down, although there is sparse scientific knowledge about that.

My symptoms are at their worst when I overuse my thumb joint. I am right-handed so my right thumb is often more used than my left one is.

As a child I remember my grandmother constantly hitting her thumb on the back of the chair or the edge of the table. At that time I didn’t understand why she kept hurting herself. Today I understand why. I do it myself now sometimes when the pain is too much. Writing by hand or knitting too much causes me to be in pain for several days and means that I can’t grasp anything with my thumb.

A few months ago it happened again. I couldn’t stay away from knitting. I have a couple of beautiful grandchildren who would like to have some home-made stuff, so I knitted away. Once the shirt was done, I was off onto the new project. This resulted in great agony.

Now I’m so lucky that I have my little home pharmacy of LifeWave light therapy patches. I found the brown Energy Enhancer, which I placed on one side of the joint and the white one was placed on the other side. Then I placed a Carnosine patch between these two. Barely 5 minutes later, then the pain was almost completely gone. The pain slowly disappeared.

I put on some new patches the next day and repeated the procedure for the next three days. My pain while wearing the patches was nothing compared to what I normally have. On the fourth day there was no pain at all.

Usually it can actually take up to a week, during which I’m really handicapped and unable to do much at all. It really hurts and I can’t bend or move my thumbs without having more pain. So the patches alleviating my pain so quickly has really been a relief!

Ouch, My Tooth – And Right Before The Ski Trip!

Youth with sleeping difficulties, stomach aches, and gloominess is helped by...