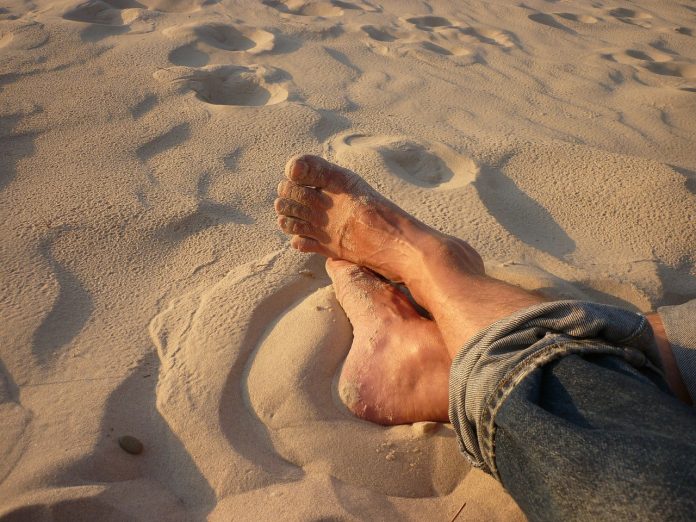 I was contacted by a man within my network some time ago. He was who curious to know if I might be able to help him with the bunion on his foot. The doctor would like to help, but would mean that he would need to frequently take time off from work to go to the dermatologist. It would also cost money, of course. Then it’s just that he has seen that I have turned something up on Facebook that LifeWave Y-Age Carnosine patch has great power when it comes to remove plantar warts. But they can also help on corns? Actually think he did not believe that a patch can help him, but why not try – they now work. It is somewhat easier to just put a LifeWave patch than having to have time off from work all the time.

So we agree to meet and talk more about it. I tell that it is important to drink water – ordinary tap water and abundant. Now we all suddenly both challenges; one with ligtornen and drinking water. He is not particularly fond of water and would actually rather drink coffee, lemonade and the like. But OK. he is ready to try if it determines whether the project can succeed.

On November 1st, 2015 we started with the Y-Age Carnosine patch. He says that ligtornen is 30 years old, and now it’s starting to get really painful when he goes. It sits namely on the heel. He is initially skeptical, partly because he thinks it sounds strange that a patch can help, partly because he has had it for so many years. I have a completely different view. I’m sure that we’ll cope. It may take some time, but it adorn; we will overcome.

I instruct him to take Y-Age Carnosine patch every day, and as agreed he changes daily. It keeps reasonably fast stop doing evil, but otherwise we do not seem right, something happens. I still continued Y-Age Carnosine patch. When he has had it for many years, it is the deep and requires time. For a while we try to change the Y-Age Glutathione; one day and another at night. It changes nothing. So we go back to just using Y-Age Carnosine patch. It should of course only be kept simple and easy.

After 23 days we can suddenly see a change. We agree to continue with Y-Age Carnosine and switches still patch every day. After a month we can see a major change and “bulge” is not nearly as visible. He feels less to it than he did before.

There are now three months have passed since the first patch is put on. Today ligtornen away. He shows me the patch from the other day, where we can clearly see something that looks like a small black pearl. The only thing that is left is a little bit hard skin that can be removed with a thick cream or a file to the heel. He is happy. Think about all the time he has saved. That it is completely gone, he had never dreamed of. It is a relief that there is something that bothers or hurts. So now we start to fight him adorn no. 2.

Back pains gone in three days with LifeWave

Fast pain relief from arthritis in the thumb joint