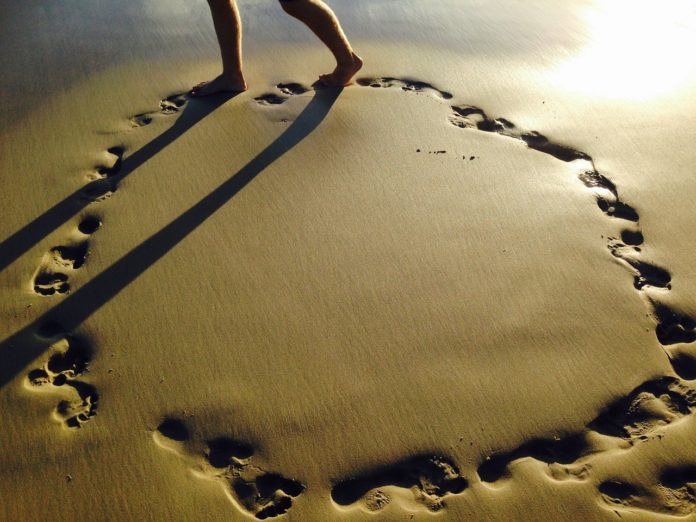 Jamie just popped by as he was running errands nearby. By chance we stumbled upon the subject of Jamie having sprained his ankle about 3 months ago. Ever since then, he’s been in several situations where it hurts and he has had to change his stance. At first he figured it would probably pass soon, but not much has changed unfortunately.

It isn’t great that he has to constantly take care of his foot. The injury has lead to him starting to walk crooked, which could result in pain in other places.

I ask him if he’d let me try to help him. He tells me “yes, please”. Jamie doesn’t really expect anything to make a difference, but it couldn’t hurt to give it a shot.

I take a set of IceWave and place them on either side of his malleolus. The brown patch goes on the inside where it hurts the most, and the white one goes on the left side. Shortly thereafter, Jamie is very surprised and says: “It doesn’t even hurt anymore.”

I take off the patches again to show him how fast they work. He can feel it right away. It immediately starts hurting again. I now put on the patches for real again and Jamie announces that there isn’t any pain or discomfort.

Jamie leaves with a smile and looking a bit puzzled.

Pain and discomfort is completely gone

Jamie visits me again 14 days later. I’m really excited to see how his ankle is doing! Jamie says that the pain and discomfort is completely gone. He doesn’t feel anything anymore – and he’s only had IceWave on for 24 hours.

Jamie still doesn’t have any pain and discomfort, and the ankle is just as it was before he sprained it. It’s actually quite astonishing as he works in a workshop where he walks around on very hard floors every.

I am so glad that we can easily and simply alleviate problems like this. Especially in cases like this where it actually doesn’t require much.

Be prepared when bees and wasps arrive

Football injury: How to relieve your pain in 5 minutes