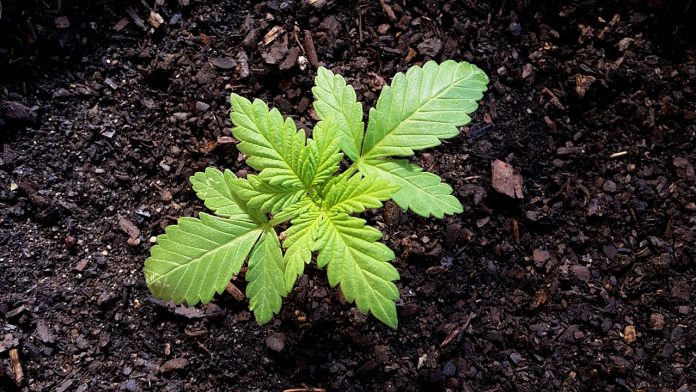 In this post, I’ll take a look at how we can consume cannabis products. I also want to go briefly into how the ingredients are extracted and what they can do for our body and mind. I’ll also go over the magical way in which cannabis works in our body.

How you can consume cannabis

When it comes to consuming cannabis, it’s only imagination that limits the possibilities. What you choose depends a little on the effect you are looking for. So let’s look at the different options below.

Smoothies (a good way): The best thing is if you have access to the entire plant, where you can combine both leaves and flowers. At the same time, it is a way to get the drugs without being particularly concerned about “getting high”.

Cake (often used): When THCa, which is one of the ingredients, is heated, it changes the structure and becomes the euphoric THC that gives you a nice buzz. You can mix it up. Eg. chocolate, ice cream or gummy bears. It can be a lot of fun.

Smoking (known by most): This is probably the most well-known form. A variation of this is what you call “water vapor”. It takes place via a machine called a “vaporizer”. A vaporizer or an “evaporator” is a machine that is used to vaporize a substance to inhale it. When used – as a replacement or instead of smoking – you avoid the harmful effects that smoking often causes. Having said that, it is also described that people who do not smoke tobacco – but only a “joint” once in a while – apparently do not experience injury due to the “smoke”. Maybe due to the healing properties of the drugs.

Oil (increasingly more common): Cannabis can also be consumed via oil in the form of a “pure” CBD oil or a combined oil, which also includes THC. Consumption of products like CBD oil spreads a lot, and therefore becomes more and more known. The oil can be used externally through various creams, where the substances are added in different concentrations. It can also be taken through capsules. Here, it is often a freeze-dried version that is used.

How are ingredients obtained in Cannabis extracted?

There are two types of extractions:

One thing that can also be decisive for the “end result” is the choice of product source. Here I think of the “hatched” industrial hemp and the optimum ecologically grown plant.

In the following, I will briefly describe some of the ways in which chemical extraction takes place – including C02, ethanol, and butane.

C02 is not as thorough in withdrawal as there are a small amount of flavonoids and chlorophyll that come out.

Ethanol is the method that extracts most components from the plant. Including chlorophyll, terpenes, flavonoids, and cannabinoids.

Butane draws smaller amounts of eg. chlorophyll compared to other methods but in turn more of the flavonoids and terpenes.

Finally, there are also producers who use different distillation methods. These different methods each have advantages or disadvantages that can be compared to what the individual now wants of primary effects in the final product.

As the rounding of this section here, I feel it appropriate to note the following. As with most other substances in nature, these substances are addicted to carriers to be “transported” to us. I’m thinking about the different extracts. Therefore you will often see for example. coconut oil containing a lot of “MCT oils” (medium chain fatty acids), grape seed oil, olive oil or rapeseed oil, as used carrier.

These different methods make the taste very different. Some can taste extremely bitter, why the taste is sometimes attempted camouflage with “additives” and they are not always just healthy. The magic of cannabis

One of the secrets of cannabis and its unique, wide-spectrum ability to influence various diagnoses and symptoms is its ability to affect the body/cells homeostasis processes.

These processes work dynamically 24 hours a day to maintain a natural balance in the body’s cells and thus organs. An example could be the cell’s acid/base balance. Another is the balance between sodium and potassium. This mechanism is known under the term sodium-potassium pump.

In my first post, I also mentioned the relatively unknown mechanism, called the “endocannabinoid system”.

Thus, the various ingredients in the cannabis plant are capable of affecting this system in particular, and not least in common. When the cells/body become balanced, “disappear” diagnoses and symptoms.

Thus, when imbalances occur, there are various displacements in the body, such as Expressed by attacks of fungi, via bacteria or viruses. Or perhaps the development of various inflammatory conditions. These are again initiating factors for eg. bad disorders such as cancer, HIV or epilepsy, but also various disorders such as Alzheimer’s, Parkinson’s disease and sclerosis. Various disorders with more or less diffuse or completely specific pain. Various spasms or cramps. The mental area is also contained in the “symptoms” that the substances in cannabis apparently have a regulatory effect on via their function on the underlying displacement of the homeostasis.

The two states of cannabinoids

Before I throw in some of the ingredients, we should look into, for example, CBD and THC in the cannabis plant. It is often a surprise that the raw plant almost does not contain these forms. But they are found indirectly in so-called non-decarboxylated form. Namely in the CBDa form and the THCa form. We can basically consider the A form as a kind of precursor or building block.

Let me now return to some of the ingredients of the cannabis plant. Namely, the group called cannabinoids. Depending on the source, the number fluctuates from about 60 to well 100.

In the following, I have selected some of the more well-known.

THC (delta 9 Tetrahydrocannabinol). THC is THCa in a decarboxylated form. THC is the substance that most people look for when they want to become “tall or skewed”. However, THC has proven to be able to do so much more.

THCa (tetrahydrocannabinolic acid). It was first discovered in 1964 by Dr. Raphael Mechoulam. It reminds of CBDa in its effect, but also acts as an analgesic and reducing spasm as well as stimulating cognitive functions.

CBDa (Cannabidiolic acid). CBDa is the acid form of CBD. This form is described to have preventative effects on cancer and is also described as anti-inflammatory. See the next section on the CBD.

CBD (Cannabidiol). Protects against free radicals = protects brain and nerve cells. It is done via the drug’s function as an antioxidant. Hence the anti-inflammatory effect.

In addition to this, the CBD is written as being active in relation to these “ANTI things”: Anti-convulsive (anticonvulsant), anti-tumor, anti-cancer, anti-spasm, reduce shaking and cramps, anti-depressive, anti-psychotic, anti-anxiety, anti-bacterial, anti-addiction. With anti-addict, it is believed that it can help one to get rid of his addiction for example. analgesics, like morphine, and finally it works painkillers. In this context, it can also be mentioned that it enhances THC’s analgesic effect. The CBD should also have a dampening effect on symptoms of MS, fibromyalgia and epilepsy.

(cannabinol) is probably the least known of the known. It is a degradation product of THC. Decomposition occurs by exposure to UV light and oxidation. Weak psychoactive a 10% compared to THC. May dampen a fiery heartbeat, but offers several other exciting “effects”. Here under pain relief. It seems calming and sleep-improving and stimulates bone growth. It is also described as being anti-bacterial, anti-inflammatory and anticonvulsant, as well as being appetite stimulating.

How Lisa rid herself of intense migraines