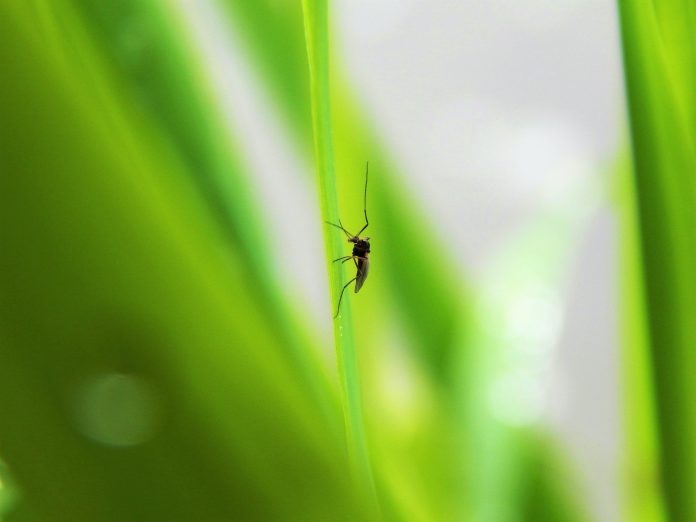 Yes, even the little joys of life count. I have spent many late nights on our terrace in the company of good friends. This year we have also tried something new, which sleeping outside at night. It has been amazing and our covered terrace really extends the summer and the late hours of the day.

Unfortunately, as the darkness falls, the little mosquitoes come out. That’s one of the reasons why we have moved back into the bedroom at night. My boyfriend gets eaten so easily.

Mosquito sticks are just an exercise, and even when spraying against them, it is not always enough. It testifies both of our dear guests and my boyfriend.

Even I have not had a single mosquito stick this year. It’s pretty amazing. LifeWave’s products can be used when the mosquito has stung to relieve itching, but they can also be used for improvement, I have discovered.

No mosquito bites – no more itching

In early summer, I was so unlucky to develop pollen allergy. Naturally, I used the LifeWave patches to get allergy alive. I have not written about my own pollen allergy, but you can read my post on how I helped my mother with her pollen allergy for 30 years. Read it here.

But as I was using the patches against pollen allergy, I actually continued to use the Y-age Glutathione patch approximately once a week. I have read other colleagues’ mention that it has helped them in connection with mosquito bites. I’m sure that’s going to be tested, I thought.

I do not really know why I do not get mosquito bites. Because they still eat me, the little beasts. My theory is that because my Y-age Glutathione level is constantly kept up because I use the Y-age Glutathione patches approx. Once a week my body is able to fight the poison that the mosquitoes inject to dilute the blood before they muddle in blood. I do not know if that’s right – it’s my very own pocket theory – but nevertheless I have not had a single mosquito stick page. Not as much as a little hint of something that could look like a mosquito stick.

How to place the Y-age Glutathione

As mentioned in previous presentation, a small leaflet accompanies each of LifeWave’s products. On the pictures here you can see the 5 preferred locations for the Y-age Gluthathione patch. Personally, I prefer the locations shown in Figures 1 and 2.

You can of course also find more information and picture of the mentioned items via the TOHUMAN app – look under products.

It’s really no more difficult than you do.

The debated Dolol has now been replaced by patches